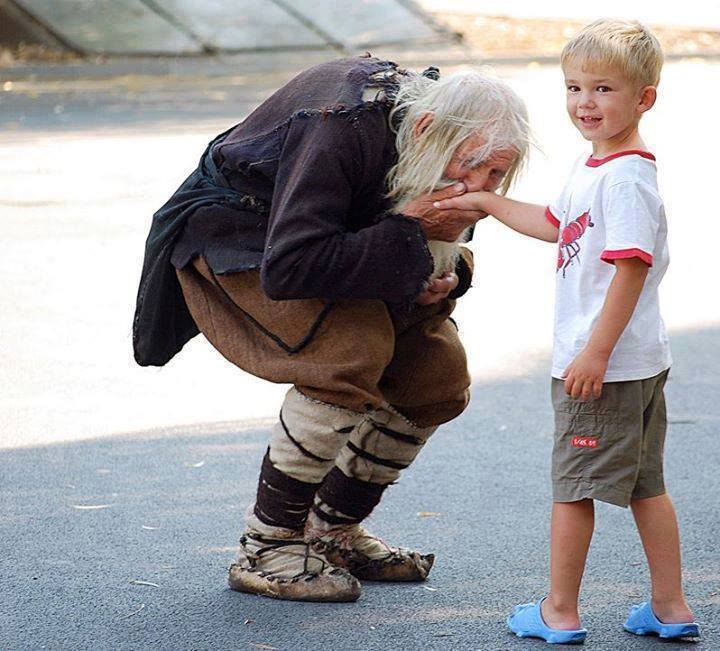 I have been waiting for something truly special to inspire me to write the next newsletter and it has happened.  A personal story that I just had to share with you all, to hopefully open your heart as much as it did mine.

My mom was the youngest of 3 sisters and we were not close at all.  I was closer to her middle sister who was a shoulder I could cry on and who offered me support through the difficult times in my life.  It was so interesting to note that her relationship with her own children was not easy and fraught with tension.  Her daughter emigrated in her early 20’s and her son has serious mental issues.  He was a complete recluse and lived most of his life behind closed doors – having no interactions with anyone in any way.  While he lived at home, his meals were served on a tray outside his bedroom door and he only emerged when his parents went to bed.

9 years ago my aunt had to sell her home and move into a retirement village.  This meant that her son had to be moved.  As he was incapable of doing this – I arranged it all.  He resented me a lot, and he told his mother that he hated me and would have nothing to do with me.  He would not use the cellphone or laptop that I gave him, would not answer the door to his flat, and even put towels under the door – so we could not slide letters for him under the door.  Over the years he became more obsessed and thought we were spying on him.  His mom passed in December 2020, and I let him know by leaving messages for him with his landlady – he did not acknowledge her passing or come to the funeral.

Once she passed – I thought that my connection to that side of the family was now over.  Fast forward 2 months…. last week I got a call from him out of the blue.  He apologized for his past behavior and told me that the block of flats he was living in had been sold and was in the process of being renovated.  He had until the end of the month to move out.  He begged me to help him again.  Now everything in me went into resistance as I had only suffered anger and abuse from him in the past, with no gratitude at all.  I also did not want to be associated with any new lease, as he did not look after his home and I had received complaints from his landlady a few times.

I could not ignore his pleas though, so I went to see him.  He looked like a hobo – long unkempt hair, dirty, broken clothes and the flat was a mess.  Everything in me screamed that no-one would take him on in this state and I could not blame them.

I had compiled a list of prospective homes and wanted to hand it to him and walk away, but he again pleaded with me to help – so I made appointments for the next day and we went to check out various options.  I worked with the tools that I have – and kept asking what would it take for him to find the perfect place for him – with absolute ease, and guess what – 2 of the options we saw were both willing to take him in.  In fact, the one landlady begged me to select her place, dropped the rent, change the lease to be lighter and easier, and promised to take him under her wing and be there for any support he may need in the future.  She understood his condition (I was totally honest with her) and she liked his energy and had a feeling that he was a special soul that she wanted in her block.  She is a true angel on earth.

Within a week we have a new home signed and sealed.  My family all contributed and we have bought him new clothes, furniture, fridge, curtains and groceries.  I have arranged and booked the removal company. I really want to give him a fresh clean start in his new home.

I spent every day for a week with him, and we had long very sane conversations – so much so that I found it difficult to leave.  He is extremely appreciative this time and has even asked if I would please keep in touch and visit him after he moves. This is a massive breakthrough and I seriously think that these were the only conversations he has had in 40 years. My heart is so full as all this happened beyond my wildest expectations and with such ease. It is phenomenal healing for both of us and our families and just goes to show that when you are willing to open your heart and show kindness to someone in need – how much you can transform their lives and enrich your own in the process. I live the tools that I teach, and this was such an amazing confirmation that they really work and that miracles do happen.

So what were the lessons we could learn from this story?

No more judgment, no matter how bleak a situation seems to be – things can always turn around greater than you would ever imagine.

Keep asking questions and allow your higher self to find the answers for you.  We all have a blinkered view of how we think things could turn out, and this happens especially when we determine the answers to those questions.  This limits us and we miss so many other opportunities because we think that is the only way forward. When you simply ask the question and then let go and allow the higher self to show us the way – and then take off the blinkers and look for which avenue feels the lightest – you will be amazed at what shows up.  Going back to my story.  I had a list of about 20 properties to look at.  I felt the energy of each and felt which would be the lightest for my cousin.  We only saw 3 properties from the list and 2 were offered. Of those 2 I absolutely knew which one would be for him, even before the landlady called me.

Be willing to drop your barriers and open your heart.  Showing kindness, even when you have reservations, is the most important thing to do in these times.  If you are willing to help another without expecting anything in return, you are truly aligned with a higher power and working in the 5th dimension.  Just watch how much easier your life becomes because of this.

Follow the lightness.  Every decision you make, feel the energy of it and feel if it is light or heavy.  Lightness is a sense of anticipation and excitement in your tummy, where heaviness is that sense of dread.  Light is always right…. Don’t over-analyze anything just follow your gut in this way.

Forgiveness.  Whenever you have acrimony with anyone – just know that this a part of the lessons you have both chosen to play out in this lifetime.  While you hold onto the anger and resentments, you will keep attached to that person.  Stop thinking about them, dwelling on the issue, and obsessing about the incident.  Forgive them and yourself and truly let go (even if this is only in your own mind).

I hope this story has inspired you as it did for me, and to trust in perfect timing and absolute divine guidance.

and here is a lovely light-hearted look at the colour pink and how it can support you in your life:

Until next time….  Colourful blessings